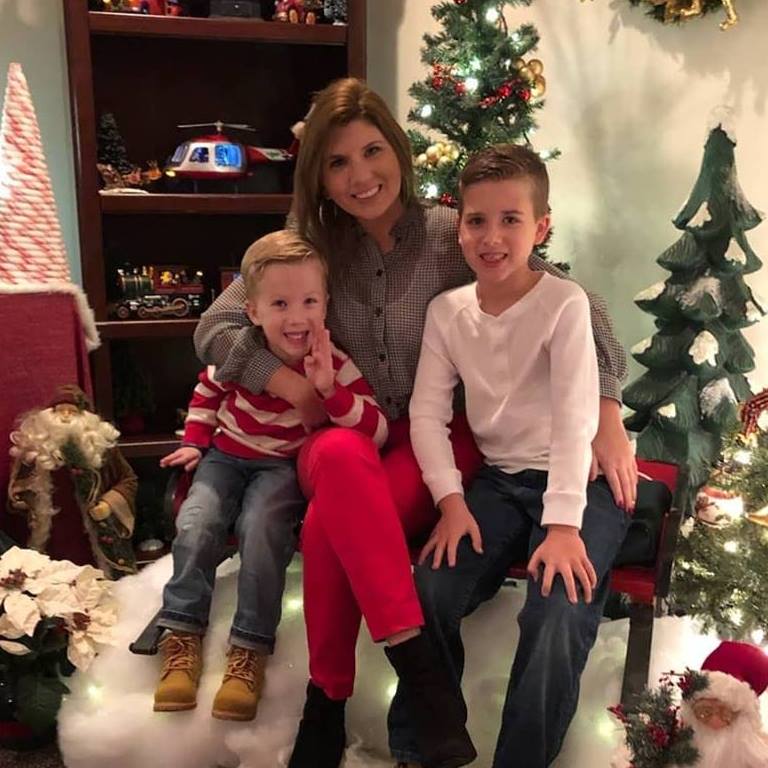 Gainesville native Jennifer Reid is the third candidate to announce her run for mayor. The 33-year-old mother of two is a legal assistant for a real estate attorney. She first studied at Santa Fe College before earning a bachelor’s in legal studies at Keiser University.

Although she bares no political background, Reid has quite a few different experiences under her belt. She’s worked as the owner of Klinc Treats and Designs, where she sells T-shirts, for about two years. In October, she became the Parent Teacher Association secretary at Littlewood Elementary School. Since September, Reid has been a Guardian ad Litem volunteer, where she visits children who have been separated from their families and helps give them representation in the court system.

A current criminal justice graduate student at Keiser, Reid knows a thing or two about what it takes to make a change in the community. If elected, she wants to open up the dialogue regarding the city budget and promoting transparency.

Reid aims to focus on the basic needs of the Gainesville community, basing her platform on providing core services like public safety, fiscal responsibility, and development.

She claims that in recent years, Gainesville has placed heavy focus on newer, innovative projects while people and their basic needs, primarily those on the east side, have been overlooked.

When it comes to public safety, Reid, whose partner is a Gainesville police officer, has witnessed the issues firsthand. She often hears of how GPD is short staffed on shifts, which can cause delayed responses and puts everyone at risk. Reid aims to increase the pay for first responders along with improving benefits like health coverage and retirement plans.

What role can the city commission play to create job opportunities to recruit and retain young professionals?

The issue is not attracting and maintaining young professionals, the University of Florida provides us with these amazing individuals. The issue is we have tailored our city to UF and branding ourselves as this stepping stone smart city. We need to focus on our community so that these individuals want to make Gainesville their forever home. Equitable pay, affordable living, safe neighborhoods these are what we should focus on. This is how we retain young professionals by reprioritizing our issues to focus on our community to provide the best resources possible for the citizens of our community.

ACEL supports efforts to increase the ease, safety, and number of alternative transportation options within Alachua County. If elected, how would you address the issue of transportation in the city?

The first step is consulting the community to ensure we meet their expectations. Involving those affected is most fair and logical. The issue of limited transportation in Gainesville is due to mismanagement. Our city is tailored to students, we have forgotten about our community. We have forgotten about city personnel. Employment is down due to lack of support, lack of pay and retirement, lack of healthcare. Any employer knows that in order to boost employee morale you must value your employee. We need to increase the amount of bus routes for our community, this cannot be done without supporting our employees.

Affordable housing is a nationwide epidemic. I don’t believe one city has found the magic solution to solving this problem. First we need to speak to our citizens. Many city officials believe public housing is the “fix all” solution. However, I spoke with the citizens on the Eastside and no one wants public housing. It further perpetuates the idea of poverty. It furthers the stigma of low income. I have no solution to this problem but it is a priority. It needs to be a collaborative effort between businesses, developers, city officials and citizens, to find the best solution to mitigate the problem.

Please briefly describe your top three policy priorities you will implement if elected.

Transparency and Accountability within the City Government.

Citizens need to know their voice and their opinion matter. How can a city be transparent without providing the why? I want Gainesville to thrive and be great. I want the citizens to be heard. I want actions and accountability. I want to bring fiscal responsibility to the city. And I want to cut discretionary spending.

The overall crime rate for the city of Gainesville is 57% higher than the national average and the city is quickly losing officers due to low compensation, better healthcare, retirement benefits and low morale. This deems dangerous for the citizens of Gainesville. RTS bus routes are down 50%. Our employees are overworked and underpaid. Fair and equitable pay for our public safety personnel should be important to the city.

Eastside has been overlooked for too long and it is time to bring attention to the Eastside and reignite it. The issue of limited transportation, lack of grocery stores and chain restaurants need to be addressed.